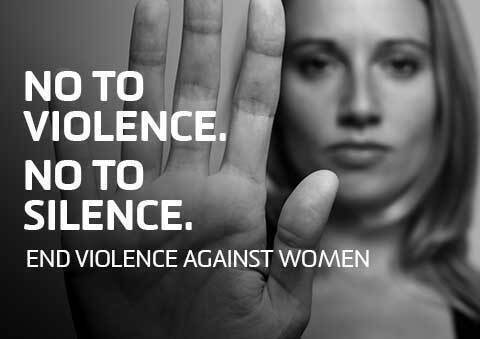 Gender-based violence (GBV) can be defined as any act that causes physical, sexual or emotional harm and reinforces gender inequality. Women are disproportionately affected by GBV (although it applies to men and boys, as well), yet women’s rights issues remain hugely underfunded with the majority of aid still reaching males. GBV is an issue that affects hundreds of millions of people around the world and has particular implications for those holding a marginalized racial, ethnic, class, indigenous, or disabled status. Thus, to effectively combat GBV it is essential to recognize that this problem is central to all humanitarian issues (e.g. emergency relief, health, education, etc.) and not just those focused on gender. In this guide you will find information on some of the major issues within GBV, basic grant-application tips, 15 foundations that fund initiatives fighting GBV, and a list of networks and resources.

According to the global partnership “Girls Not Brides,” around 14 million girls under 18 (sometimes as young as 8) are married each year. Girls who are forced into child marriages face increased risk of encountering domestic violence, experiencing complications and /or fatality during pregnancy and childbirth, and contracting sexually transmitted infections, including HIV. Additionally, they are denied access to education and in the vast majority of cases live in lifelong poverty.

The World Health Organization estimates that between 125 and 150 million women and girls alive today have experience female genital mutilation (FGM), which involves the partial or complete removal and, in some cases, reshaping of external female genitalia. This practice has no proven health benefits and puts women at risk for hemorrhaging, infection (including HIV), infertility, complications during childbirth, cysts, and various other physical and psychological problems. Cultures that practice FGM believe it is necessary for social acceptance, hygiene, and controlling female sexual desire. FGM is performed in 28 countries across Africa, as well as in parts of the Middle East and Southeast Asia.

Sex trafficking is considered a violation of human rights and a form of sex discrimination, as nearly all victims are female. Sexually exploited women and girls are often experience various violations, including but not limited to forced sex with pimps and customers, beatings, and forced abortions. Sexual exploitation is hugely underreported because victims fear stigmatization, are threatened with violence and deprivation of food or money, lack faith in institutions, or have limited access to legal services or knowledge about how to navigate them.

In some honor-based societies individuals are punished by death for violating cultural and religious norms. Women and LGBT identified people are disproportionately affected by this custom, as this punishment is carried out for individuals who have been raped, refuse suitors, have extra-marital sexual relations, seek divorce, or engage in homosexual acts. These killings are often carried out through stoning, shooting, burning, and live burial. Husbands and male family members who commit these killings often escape punishment or face reduced sentences because these crimes are viewed as socially acceptable in certain areas.

One in three women will encounter sexual violence in her lifetime, and every year millions of children are sexually abused. Sexual abuse results in a range of damaging physical and emotional effects, including: depression, suicide, post-traumatic stress disorder, reproductive health issues, and potential exposure to sexually transmitted infections and HIV. Sexual and domestic violence simultaneously results from and reproduces low levels of education, exposure to and normalization of violence, drug and alcohol abuse, and aculture that subordinates women and girls. Ww p\\ aeflwomen.com

Association of the Egyptian Female Lawyers

Video of the Day