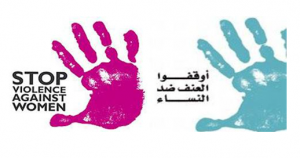 Today the world celebrate the international day of rejecting FGM, which was launched and started by Mrs. Stella Obasango, the First Lady of Nigeria then was stated by the UN as an international day to fight this violation.

Because of its widespread in Egypt, FGM has been criminalized since 2008 according to Egyptian penal code.

Although the recent indicators reveal that this phenomenon started to reduce among women and girls in this new generation, yet still there are millions of girls who are exposed to this practice and its risks due to lack of wide open discussion about this sensitive issue; the matter which leads to the continuing of this phenomenon as some people believe in this practice according to their opinions and beliefs.

It is acknowledged internationally that FGM is violation of women and girls’ human rights. It is reflected the deep-rooted gender inequality and represents an excessive form of discrimination against women. This practice violates women and girls’ right to enjoy health and physical safety and their right to non exposing to torture and inhuman, severe and insulting treatment, and their right to live when this operation lead to their death”.

So the Association of Egyptian Female Lawyers will work on the next stages on raising awareness in Upper Egypt and calling the Egyptian government to impose penalties on those who practice FGM.

Video of the Day